A young Nigerian gentleman, who is based in Warri, Delta state in a bid to trend online has had people talking after a video which showed the impressive effort he put in to propose to his bae, emerged online.

The soon-to-be groom, Elijah, staged a fake police raid by armed uniformed men who stormed their apartment for an “arrest”.

After bringing out the house occupants, the said ‘policemen’ ordered all of them to kneel down – her boyfriend who pretended to be assaulted by the police, finally knelt down and proposed to the girl who was too stunned, that she bolted from their midst after briefly hugging his friends.

The trending video of the surprise proposal has since gone viral online. 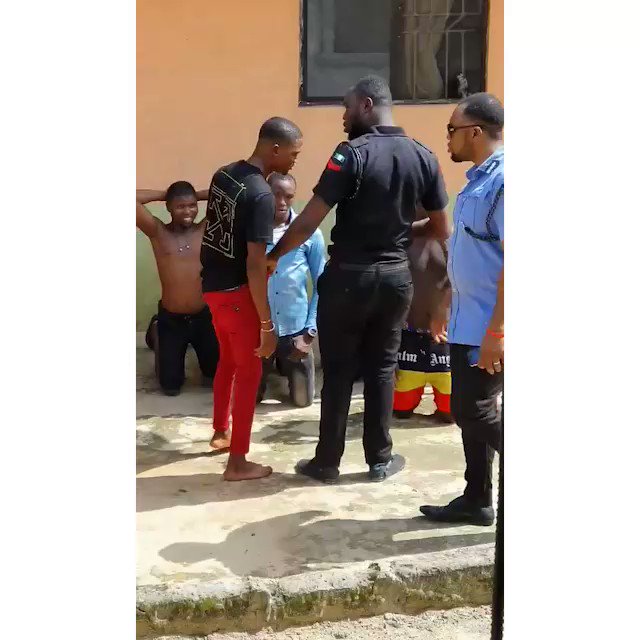 Nigerian Guy and his friends stage ‘fake police raid’ to propose to his girlfriend.

89 people are talking about this